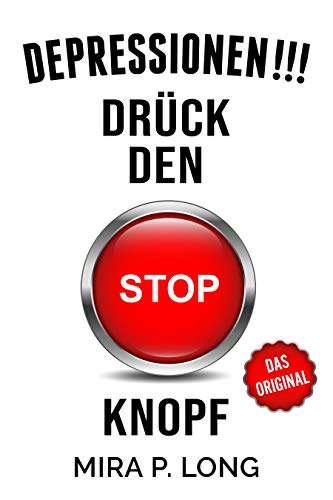 A justification for this line of thinking comes from an earlier cross-national WHO study of major depression in primary-care patients, which found strong similarity in the latent structure of depressive symptoms across 14 different countries in different parts of the world, but also found that countries with the highest prevalence estimates generally reported the lowest impairment associated with depression [ 15 ]. The authors concluded from these results that although cross-national differences in the estimated prevalence of depression cannot be attributed to differences in the nature or validity of the concept of a depressive episode, it is possible that DSM criteria may define different levels of depression severity in different countries.

Our cross-national comparison of responses to diagnostic stem questions, described in the previous paragraph, was designed to shed some light on this possibility. In addition, we carried out a parallel analysis of cross-national differences in impairment associated with MDE. Results are organized by distinguishing between countries classified by the World Bank [ 16 ] as low- or middle-income versus higher-income countries. This distinction was made based on patterns both in the WMH surveys [ 10 ] and in other cross-national epidemiologic surveys [ 7 , 9 ], which raise concerns that MDE prevalence estimates might be artificially lower in low- to middle- than higher-income countries due to methodological differences of the types considered here.

Procedures for human subject protection were approved and monitored for compliance by the institutional review boards of each local organization coordinating the survey. Informed consent was obtained before beginning interviews in all countries. The WMH surveys are a series of community-based studies conducted throughout the world [ 11 ].

As noted in the introduction, we distinguished results from low- to middle-income versus higher-income countries based on the suspicion that optimal thresholds for defining clinically significant depression might be lower than the CIDI thresholds in the former countries, resulting in underestimation of the prevalence of MDE in the CIDI in those countries. The surveys involved either national household samples or representative samples of urban areas Table 1. Weights were used to adjust for differential probabilities of selection into the study, and to match the sample sociodemographic distributions with the population distributions within each country.

Sample sizes ranged from 2, the Netherlands to 12, New Zealand , giving a total of 89, The average weighted response rate was The WMH interviews were administered face-to-face by trained lay interviewers. To reduce respondent burden, the interview was divided into two parts. All respondents completed part I, which assessed a set of core mental disorders, including MDE.

Part II assessed additional disorders and correlates, and was administered to all part I respondents who met criteria for a part I disorder, plus a probability subsample of other part I respondents. Part II responses were weighted by the inverse of their probability of selection into part II to adjust for differential selection.

Details about WMH survey methods and weighting procedures are presented elsewhere [ 11 , 17 ]. Standardized procedures for interviewer training, translation of study materials and quality control were consistently used in each country [ 11 ]. Respondents endorsing one or more of these questions screen-positives were given the remainder of the MDE module. DSM-IV MDE requires the presence of five of nine cardinal symptoms that persist for 2 weeks or longer, are present for most of the day nearly every day, and cause significant distress or impairment. MDE was defined for purposes of the present report without organic exclusions and without diagnostic hierarchy rules [ 12 ].

Clinical reappraisal studies conducted in several countries found good agreement between diagnoses of MDE based on the CIDI and independent diagnoses based on blinded reappraisal interviews carried out by a clinician [ 18 ]. It is noteworthy that the CIDI interview translation, back-translation and harmonization protocol required culturally competent bilingual clinicians in the participating countries to review, modify and approve the key phrases used to describe symptoms of all disorders assessed in the survey [ 19 ].

That meant that the terms used to describe core symptoms of depression that is, sadness, depression, loss of interest were customized when the original CIDI wording did not match the terms used in the local settings. However, no attempt was made to go beyond the DSM-IV criteria to develop distinct criteria for depression-equivalents that might be unique to specific countries. It is conceivable that the latter kind of expansion would have led to a reduction in cross-national variation in prevalence estimates.

However, as noted in the introduction, previous research has shown that the latent structure of the symptoms of major depression is consistent across countries [ 15 ], providing a principled basis for focusing on this criterion set in our analysis. The activity areas included the number of days the person was unable to carry out their normal daily activities because of problems with physical or emotional health as well as various difficulties in role performance during the days in role.

Because the data were weighted and clustered, the Taylor series linearization method [ 23 ] implemented in the SUDAAN software package [ 24 ] was used to estimate design-based standard errors. On average, about half of the respondents in both high-income The ratio of the highest to lowest screen-positive rates across countries was 3. On average, the estimated lifetime prevalence was higher in high-income The percentage of the screen-positive respondents who had lifetime MDE was also higher in high-income The ratio of the highest to lowest conditional prevalence scores in screened positives is 3.

We previously reported that the pooled month prevalence of MDE was similar in high-income 5. In the group of screen-positive respondents, the percentage with month MDE was also similar for high-income The lowest rate was 6. The ratio of the month prevalence to lifetime prevalence is an indirect indicator of persistence.

Respondents with MDE in the past year but not currently reported impairment scores between approximately twofold high-income and fourfold low- to middle-income that of the non-MDE group, although this difference was not significant in Germany or the Netherlands. The largest mean differences greater than threefold were in low- to middle-income countries Mexico, Brazil, Colombia, India and China , and the smallest approximately twofold in four high-income countries France, Belgium, Israel, New Zealand.

We investigated this issue in the WMH data by creating a small data file in which each survey was treated as a separate observation, and the variables were the measures of prevalence reported in Table 2 and a measure of impairment associated with MDE based on the results reported in Table 3. However, the impairment scores differed from those in Table 3 in that they represented the difference in mean impairment scores of respondents with month MDE compared with those with no lifetime history of MDE in the survey.

Unlike the earlier primary-care study, we found that the association between prevalence and impairment was positive. Tables 4 and 5 show the bivariate associations of the sociodemographic characteristics with month MDE tables showing the country-specific distributions of the demographic variables and month prevalences of MDE are available upon request. Consistent with previous epidemiologic studies, women were on average twice as likely as men to be classified as having MDE. This difference was significant in 15 of the eighteen countries, and even in the three exceptions Belgium, Germany and China , women had higher rates than men.

In six high-income countries and in Brazil, respondents in the youngest age group 18 to 34 were 3 to 5. Mid-life ages 50 to 64 , encompasses a period of transition from work to retirement in many countries. Marital status was a consistently significant correlate of MDE.

In the low- to middle-income countries, in comparison, income was not significantly related to MDE. The findings for the Asian countries were more complex. In India, respondents with the lowest education were 14 times as likely to have MDE as those with the highest education. In Japan and China, the reverse pattern was found, with the least educated having the lowest risk of MDE.

The ratio of the highest to lowest screen-positive rates across countries 3.

As expected, we also found that MDE was associated with substantial impairment. However, contrary to our initial expectation, we did not find that cross-national differences in prevalence estimates were inversely related to differences in average level of impairment associated with depression; indeed, the opposite pattern was found. Taken together, these results argue against the suggestion that the wide cross-national variation in depression prevalence estimates in the WMH surveys and previous epidemiologic studies is due to the threshold for defining clinically significant depression in standard diagnostic interviews differing across countries.

Furthermore, we would expect that reports of core depressive symptoms would be more similar across countries than estimates of disorder prevalence.

Neither of these expectations was borne out in the WMH data. A question can be raised by our results regarding why the associations between prevalence and impairment were so different from those reported in the earlier WHO study [ 15 ]; however, it is important to bear in mind that this earlier study was based on primary-care samples, for which selection bias regarding seeking help on the basis of either distress or impairment might induce a more negative association between these two variables than exists in the population.

The WMH surveys, by contrast, are based on general population samples, for which the selection bias issues that occur in treatment samples do not arise. Although these results add indirect support to a substantive interpretation of the cross-national differences in MDE found here, they shed no light on why these differences exist. Differences in stress exposure, in reactivity to stress, and in endogenous depression unrelated to environmental provoking factors are all possibilities.